On the voyage through time and space where new epiphanies appear and old ones reappear in different forms, one becomes more and more evident as each era passes: love evolves around life, and life evolves around love. 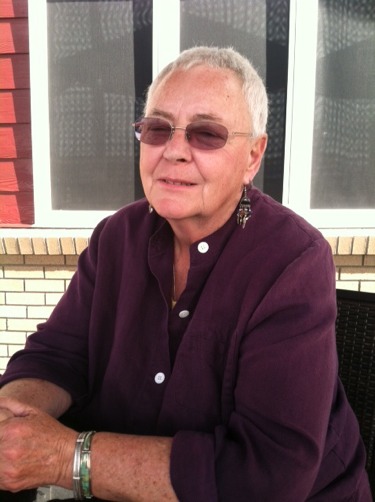 Jauhara has been a Sufi initiate for over three decades. Her path began when she was a young child and had dreams of a man with whom she would sing and talk with. It wasn’t until years later that Jauhara would learn who this man was. In the early 80’s, at a women’s spiritual retreat at Lama Foundation in New Mexico, Murshida Vera Corda introduced Jauhara to Hazrat Pir-O-Murshid Inayat Khan’s teachings. When Jauhara saw Murshid Inayat’s picture in a book, she immediately recognized him as the man in her early childhood dreams. After about a year of deep inner-investigation and contemplation, Pir Vilayat Khan initiated her into the Sufi Healing Order as a Healing Conductor.

In the early 90’s, Jauhara studied for a year with Murshid Sa’adi Shakur Chishti (Neil Douglas-Klotz) at Holy Names University in Oakland, CA, and attended a weekly zikhr at Murshid Sam’s house with Sheikh Vasheet and Sheikha Leslie Davenport of the Ruhaniat order. Jauhara also began a 2-year-long study with Sheikha Leslie Davenport to become a Cheraga of the Sufi Islamia Ruhaniat, which was completed in 1994.

Jauhara also had dreams of a woman whom she didn’t meet until years later. Jauhara attended the California Institute of Integrated Studies in the mid 90’s and met the woman in her dreams on the campus — Murshid Rabia Ana Perez-Chisti. It was a monumental moment in Jauhara’s life. She was initiated by Murshida Rabia into the Dervish Healing Order and also as a Cheraga of the International Sufi Movement and later as a Khalifah of the SMI.

Jauhara’s life has been one of service, for instance she was one of the establishing members and organized two Rape Crisis Centers, a Woman’s Center, a Women’s Trade Center, a women’s newspaper (New Women’s Times), a Woman’s and Infant’s Health clinic, and organized, established and was the Director of a Battered Woman’s Shelter. Jauhara also has over 20 years in assisting individuals and their families through the dying process and bereavement, and co-owned a hospice care business, Karuna, in New Mexico. Jauhara was also a Philosophy Professor for seven years, an Assistant Dean, and for three years a Director of Education, all at different institutions of higher education. Recently, she was the Chaplain and Spiritual Counselor at a hospice.

Jauhara has a degree in Counseling and Psychology, an MA in Spirituality, and has completed all PhD graduate requirements in Religion and Philosophy with exception of the dissertation, and has maintained a private Spiritual Counseling practice for almost two decades. Jauhara has led, and continues to lead numerous spiritual retreats, workshops and seminars, and brings a transpersonal and integral approach to her teachings and Spiritual Counseling. She works, lives, plays, and prays in northern Arizona.