The Declaration for the Protection of All Life

We the people of the earth will stand up for the protection of this globe against the tyranny of political and corporate greed that chooses to destroy the living systems that protect the natural order. Whatever belief, race, creed or position in any society, we take this Declaration as a Sacred Trust given to humanity, which is our right to breathe clean air, drink clean water, and protect the essential material substances of earth as a privilege given to us by our Creator.

Above all, and without exception, we will protect all living species, human beings, trees, fauna and flora, acknowledging they are part of the intrinsic web of life that sustains existence.

Our promise as of this day is to stop destructive behaviors now and bring about a common good that is sustainable for all. We will stop consuming toxic poisons such as chemicalized food and drink that destroy our capacity to discern non-beneficial actions on the part of corporations and political influences. In our historic time-frame, for however long human life flourishes on this planet, we will be advocates for the protection of all life and the natural order of existence.

STRUCTURE of the SUFI MOVEMENT USA and it’s PURPOSE

Structure of the SUFI Movement USA

The original Sufi Movement was founded by Hazrat Inayat Khan in London in 1910 but later he moved his family after the WW I and moved to France. He relocated the headquarters of the organization to Geneva, Switzerland establishing the organizational structure and the Headquarters in 1915. The succession of leadership of the Sufi Movement are the Administrative Representatives including the heads of the Five Activities, the Executive Supervisor who is Vice-President and a Secretary and Treasurer. The five Activities of the Sufi Movement are: the Esoteric Activity, the Universal Worship Activity, the Healing Activity, the Brotherhood and Sisterhood Activity,  the Symbology Activity.

The purpose of the Sufi Movement worldwide and the Sufi Movement USA is to work towards unity. Its main object is to bring humanity, divided as it is into so many different sections, closer together in the deeper understanding of life. It is a preparation for a world service, chiefly in three ways. One way is the philosophical understanding of life; another is bringing about brotherhood and sisterhood among races, nations, and creeds; and the third way is the world’s greatest need, which is the religion of the day. Its work is to bring to the world that natural religion which has always been the religion of humanity: to respect one another’s belief, scripture and teacher. The Sufi message is the echo of the same divine message which has always come and will always come to enlighten humanity. It is not a new religion: it is the same message which is being given to humanity. It is the continuation of the same ancient religion which has always existed and will always exist, a religion which belongs to all teachers and all the scriptures.

Sufism in itself is not a religion nor even a cult with a distinct or definite doctrine. No better explanation of Sufism can be given than by saying that any person who has a knowledge of both outer and inner life is a Sufi. Thus there has never at any period of the world’s history been a founder of Sufism, yet Sufism has existed at all times.

The many present day Sufi Orders that respect the Message of Hazrat Inayat Khan are a gathering of members of different nations and races united together in the ideal of wisdom; they believe that wisdom does not belong to any particular religion or race, but to the human race as a whole. It is a divine property which humankind has inherited; and it is in this realization the Sufis, in spite of belonging to different Sufi Orders, nationalities, races, beliefs and faiths, still unite and work for humanity in the ideal of wisdom.

The Sufi Message warns humanity to get to know life better and to achieve freedom in life; it warns humanity to accomplish what he or she considers good, just and desirable; it warns the individual before every action to note its consequences by studying the situation, ones own attitude and the method one should adopt.

The Sufi Message not only guides those who are religious, mystical, or visionary, but it gives to the world the religion of the day: and that is to make one’s life a religion, to turn one’s occupation or profession into a religion to make one’s ideal a religious ideal. The object of the Sufi Message is the uniting of life and religion, which so far seems to have been kept apart. When a person goes to church once a week, and devotes all the other days of the week to their business, how can they benefit by religion? Therefore the teaching of the Sufi Message is to transform everyday life into a religion, so that every action may bear some spiritual fruit.

The method of world reform which various institutions have adopted today is not the method of the Sufi Message. Sufis believe that if evil is contagious, goodness must be even more so. The depth of every soul is good; every soul is searching for good, and by the effort of individuals who wish to do good in the world much can be done, even more than a materialistic institution can achieve. No doubt for the general good there are political and commercial problems to be solved; but that must not derail an individual from progress, for it is the individual progress through the spiritual path which alone can bring about the desired condition of the world.

The Sufi Message belongs to all. The principle work that the Sufi Message has to accomplish is to bring about a better understanding between East and West, and between the nations and races of this world. And the note that the Sufi Message is striking at the present time is the note which sounds the divinity of the human soul. If there is any moral principle that the Sufi Message brings, it is this: that the whole of humanity is like one body, and any organ of that body which is hurt or troubled can indirectly cause damage to the whole body. And as the health of the whole body depends upon the health of each part, so the health of the whole of humanity depends upon the health of every nation. Besides, to those who are awakening and feel that now is the moment to learn more about the deeper side of life, of truth, which is the purpose of the work we hope to accomplish in our Sufi Universal Fraternal Institute, the Sufi Message extends a helping hand without asking to what religion, sect, or dogma the person belongs. The knowledge of the Sufi is helpful to every person, not only in living his or her life rightly but in regard to one’s choice of religion. The Sufi Message does not call a being away from their belief or church: it calls upon the being to live it. In short, it is a pathway intended by God to unite humanity in brotherhood and sisterhood and wisdom. (Compiled from the Sufi Message Volume IX by Hazrat Inayat Khan)

The Sufi Message and the Sufi Universal Fraternal Institute aims at neither glorifying a past master, nor is it a believer in any present one. Neither does it wait for the coming of another but considers the self as its master, and the world as its school. It learns its lessons from each experience in life thus being free of a chief or a leader.

“While in life’s sea we are sailing, toward the goal of our soul’s desire, we must pass by all that meets us, and patiently always aspire. Let our heart as compass guide us and the boat our faith will steer, day or night through wind or storm, we must row and need not fear.“ Murshid Hazrat Inayat Khan. 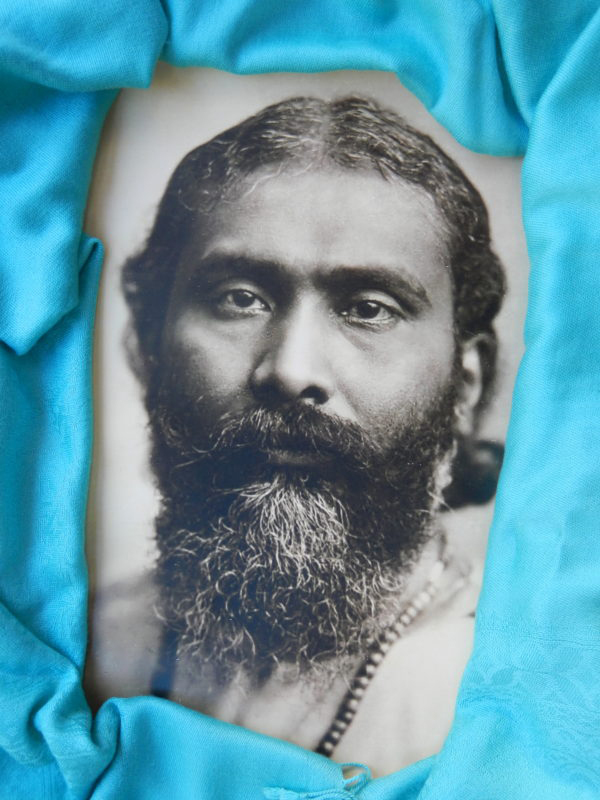 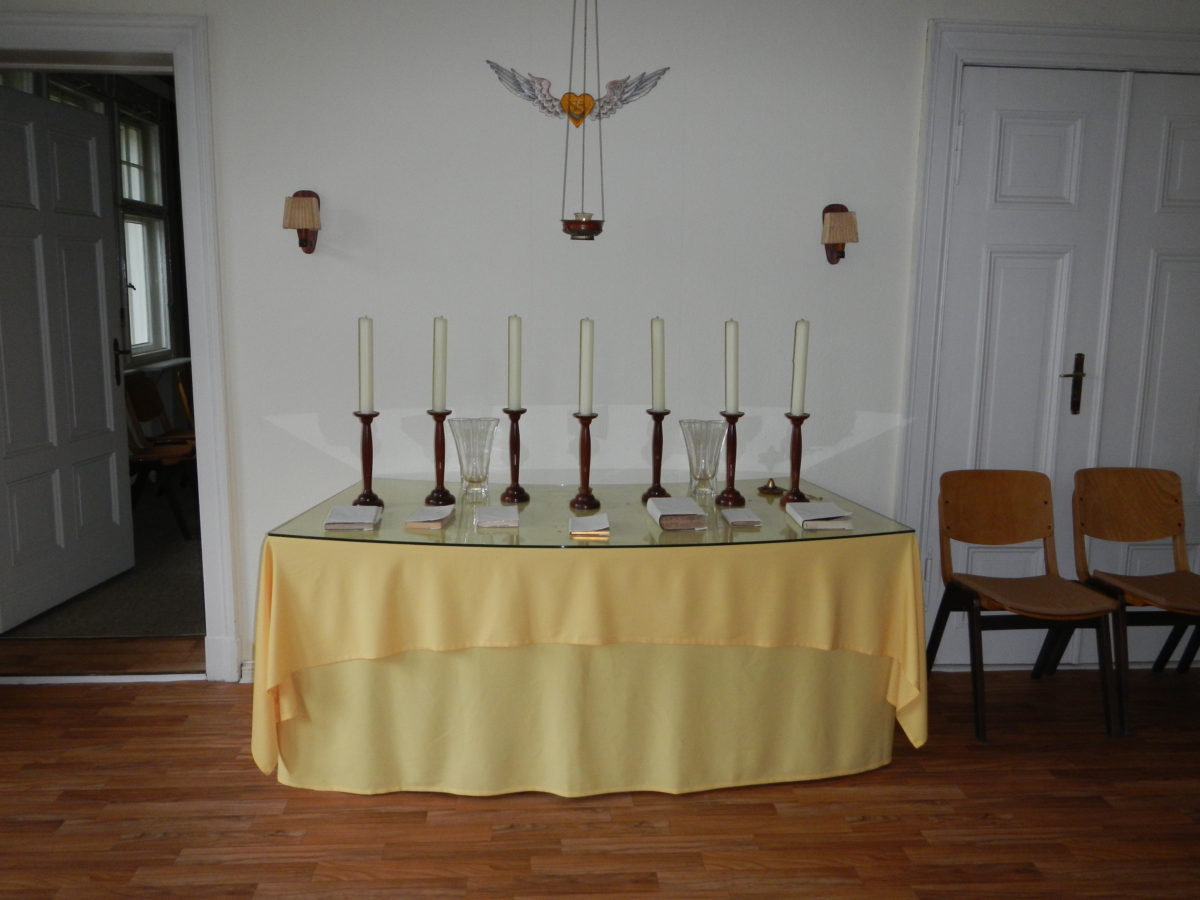 This has two main activities: the Universal Worship and the Confraternity of the Message. (This beautiful UW Altar in the photograph above is in the Sufi Bewegung, Berlin, Germany)

Participants in the Universal Worship are:

Participants in the Confraternity of the Message are:

The Brotherhood and Sisterhood Activity 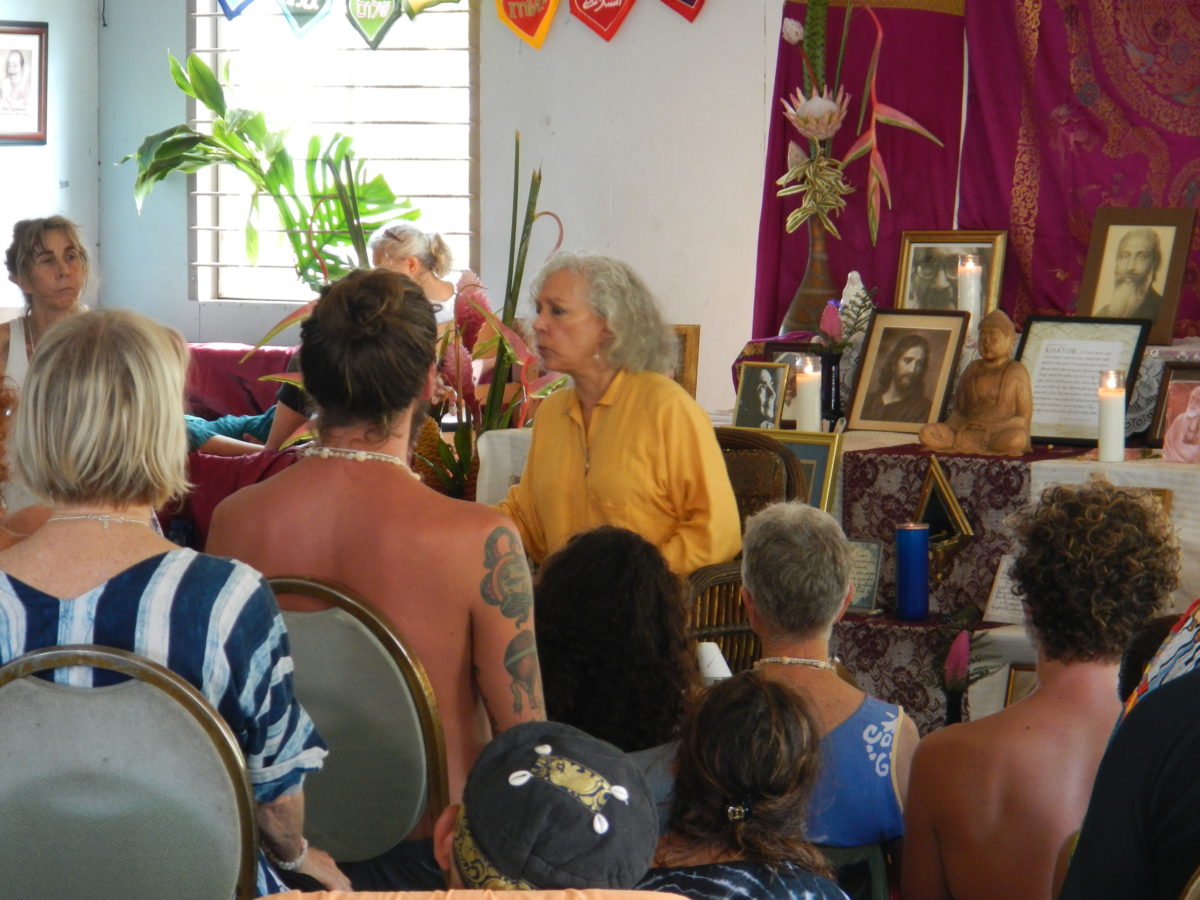 This activity has as object to bring into practice the basic theme of the Sufi Message which is to be a true brother and sister to all and to all religions. (This photograph above shows Murshida Rabia Perez-Chisti lecturing in Hawaii to a Sufi mureeds). This activity consists of: 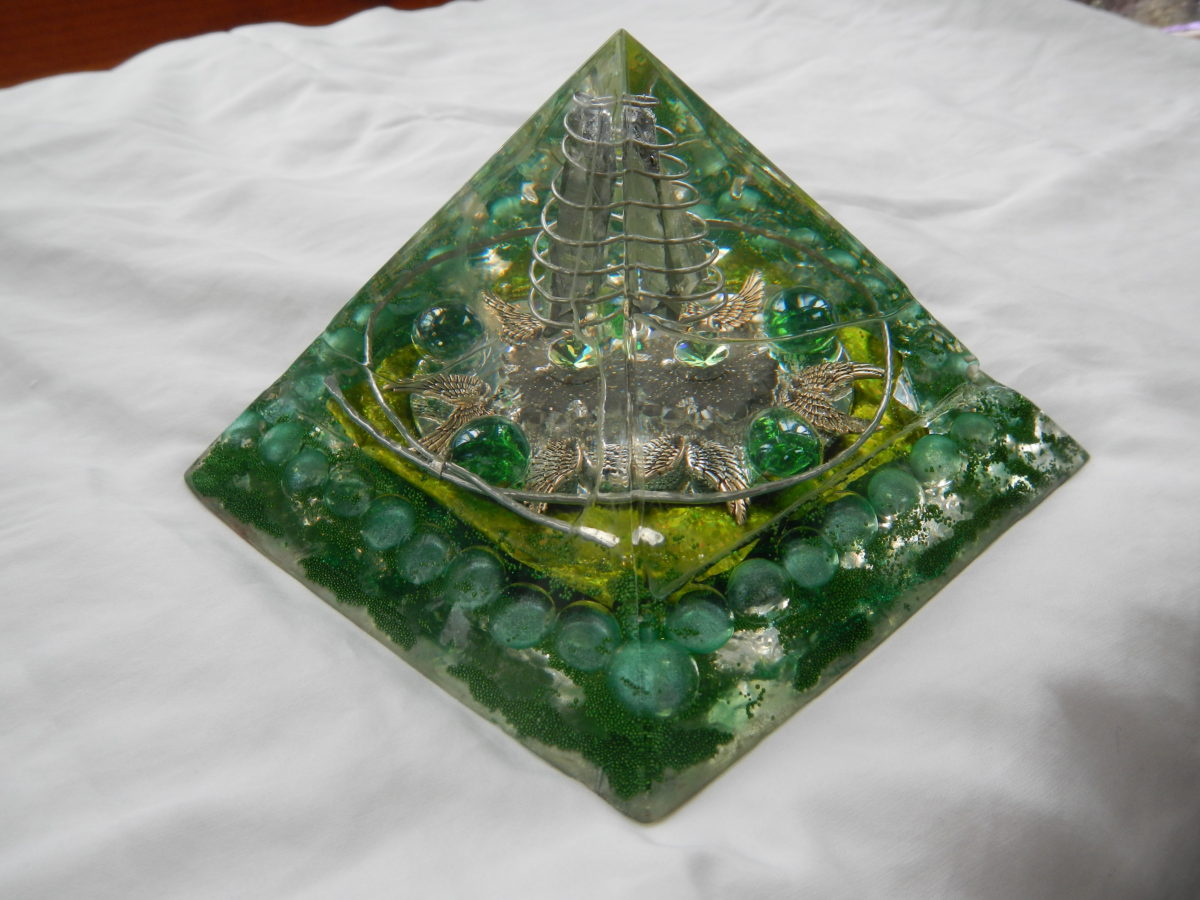 This activity is the activity of Spiritual Healing. (The photograph above was taken by Robin Laflamme. The Pryramid contains crystals, silver and emerald stones for healing conductivity. For more information go to the website: https://organitepyramids.com). The Healing Activity consists of: 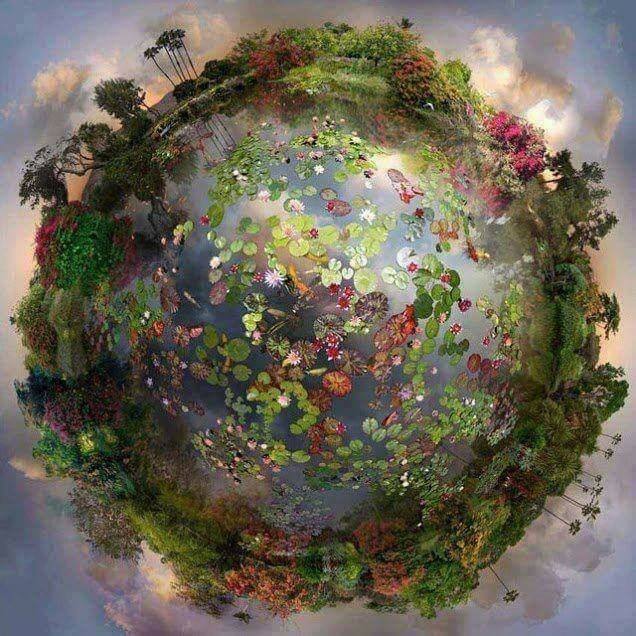 This involves a deeper understanding of the meaning of symbols in our daily life, with two activities: Ziraat, a symbolism of farming, and the Element Ritual, a ritual of the elements, movements and color.The Ziraat activity consists of: 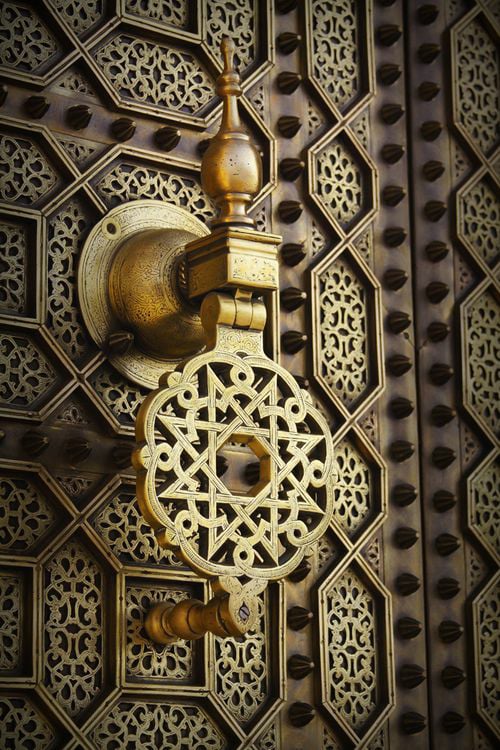 This is the Esoteric School on Inner Culture of the Sufi Movement and the Sufi Universal Fraternal Institute. Mureeds (initiated students) train in the practices that open the keys to the inner life. The twelves stages of training is passed down through the teachers (Murshids-in-chain) from the founder, Hazrat Inayat Khan.