Indigenous Medicine is one of the most ancient forms of healing on the planet. The elegant, sophisticated methods remain potent and efficacious to this day. Practitioners honor the cycles of Nature and cultivate intimate relationships with the Earth and Unseen realms. This course presents Indigenous perspectives and practices related to the healing arts. It is Dreamed and designed to introduce and inform the participant of the rich, complex world-views and Healing ways of Native peoples, to cultivate cultural sensitivity and to foster personal healing through a deepening of relationship to the Source, the Ancestors, Earth and All of our Relations.

Howard Thurman and Hazrat Inayat Khan, were two spiritual leaders of color, who inspired their students, followers, and activists to respond in a transformative way to American society. Using the metaphor of Star Wars, if Martin Luther King is Obi Wan Kenobi, then Howard Thurman is Yoda, the hidden teacher behind the public figure activist.

Hazrat Inayat Khan, a spiritual teacher and master musician from India, inspired one of the prominent Sufi movements in the United States and Europe. Like Howard Thurman, Inayat Khan directly experienced American racism, and formulated strategies to address that ongoing challenge to successfully live a spiritual life. We will contrast and compare the differences and the confluences of these great teachers.

I look forward to meeting you and I  hope to see you soon in January. You can read my Biography under the drop down menu “Faculty”. The syllabus of the course will be sent directly to you after registration is completed.

The Sufi study of the World Religions leads to an expanded ability to serve many members in the community through ritual service such as found in the Universal Worship created by Hazrat Inayat Khan in 1922. His purpose was to establish a ceremony in which all the religions of the world were respected. In the design of a ritual, Sacred Scriptures were placed upon an altar and a candle was lit to honor the different prophets and the light of wisdom they have brought to the world. With his disciples such as Murshida Rabia Martin and Murshid Sophia Saintsbury Green, the service increased in scope while reaching many members in Europe and the United States.

Today Sufi ministry expands from the performance of the Sufi Universal Worship ritual to activism that serves the different needs of people who are facing challenges. As a student expands in greater ethical, historical, and cultural awareness they are encouraged to offer services in hospitals, hospice centers, prisons, clinics, adoption centers, and food distribution agencies that help those who are homeless. The Sufi minister serves others maintaining a tolerant and respectful acceptance of another’s belief system and cultural background. The goal of the World Religious study program is to develop ministers of deep spiritual direction and dedication who have a broad range of techniques and religious acumen to deal with the diverse belief systems of all people. The training goes for a period of twenty-four weeks after which ordination is given.

There are three aspects to Sufi Ministry: 1) Spiritual Practice, 2) Required Study, 3) and an understanding of The First Objects of Sufism which is to realize and spread the knowledge of unity, the religion of love and wisdom, so that the bias of faiths and beliefs may of itself fall away, the human heart may overflow with love, and all hatred caused by distinctions and differences may be rooted out.

In this class, we will study and contemplate the Esoteric writings of Murshid Hazrat Inayat Khan. The class will meet online once a month starting January 2022 at 6 pm PST and goes through June 2022. Meeting dates for the year will be given to mureeds who register. July, and August no classes will be given. This class is for initiated mureeds of the Sufi Message only.  The class has no fee but all donations are welcomed as they support the work of the Message.

Cheraga Adeeba Mary Meyer wrote a reflection on one of the contemplative exercises given in our Mysticism and World Religions Course online: 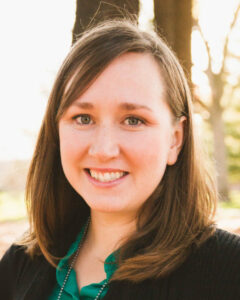 What in me lives? What in me dies? My body will turn back to ash, my thoughts will scatter, my emotions will settle back to earth, my words will only echo so long, my work will return to rest, my breath will be stilled, my soul does not belong to me, my spirit is the breath of God.

The life that breathes me continues to move. Breathing out now, will again breathe in. That life collects my parts, pulling them together, like gravity, for its purposes, playing with the possibilities, an artist living joyfully in Her creation.

Love–the movement of God, the life unending, the only being, the was, and is, and is to come.

I am love’s art. I have no other existence but in the mind of my creator, who sees my beauty as an extension of Her own and wishes for me to be, so I live, and move, and have my being in Her.

I am not my own, but Her’s. I die; She lives. She breathes me into existence and out again as She chooses. In all names, in all forms, in all beings, in all life. If there is a ‘me’ at all, it is the space between her ever-dancing, ever-loving lines. 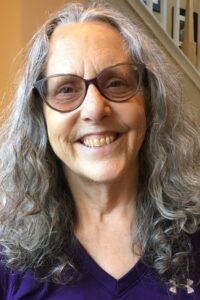 Three years ago, I began a two-year course of study in the world’s many religions and spiritual traditions. I have always been interested in diversity of spiritual paths and what feels like an innate calling amongst many of the human species to seek some form of divinity in their lives. I expected to learn much. I was surprised at  how the class was as much about opening the heart of the student as it was a key to intellectual learning.

I studied “World Religions” during my college years. I have studied through life experiences and my own personal seeking. Never before was I given the opportunity to delve so deeply, not only into individual spiritual paths, but also into my connections and disconnections with each. In doing so, a bridge spontaneously spanned the abyss, suspended judgement and opened my heart in unexpected ways.

As  a result, when I was then offered the opportunity to study World Religions again, this time online, rather than in a classroom, yet connected visually through Zoom, and with the same instructor I worked with in the class previously described, I welcomed the opportunity. I cannot recommend this class more highly.

The online format did not lessen the connection between Teacher and Student, nor between students, as we conversed, face-to-face during our classes. We were assigned three text books, two of which I would never have discovered on my own, and the insight offered by these authors and the discussion their works provoked, broke my mind and heart wide open.

Most of the class agreed that one of the texts, His Religion and Hers, by Charlotte Perkins Gilman and published in 1923, should be required reading for all. Though The Battle For God, A History of Fundamentalism, by Karen Armstrong, which looks at Judaism, Christianity and Islam, is a more difficult read, the “Afterward,” is life-changing.The final text, Volume IX in the Sufi Message of Hazrat Inayat Khan, speaks to the intent of the class in its very title, The Unity of Religious Ideals.

We are not often blessed with the opportunity this class offers. I would take it again. I would welcome the discussion and challenges in the presentation of differing points of view, heart and mind-expanding possibilities to know both yourself and the Paths we choose to follow with greater clarity.

The class was led by Murshida Rabia Perez-Chisti, Ph.D., President of SUFI and Senior teacher of Inter-religious study in America 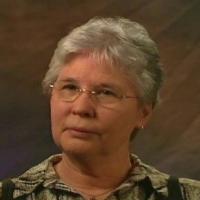 While surfing the web, I came across the International Sufi Website at: https://sufiuniversalfraternalinstitute.live. I became curious about the Sufi tradition and decided to take the on line course World Religions taught by Murshida Rabia Perez-Chisti, Ph.D., President of SUFI and senior teacher of inter-religious studies in America.

In our present world, religion can be a very contentious practice rather than a unifier. Sufism believes all religions have truths to reveal to humanity. I wanted to learn how Sufism saw the harmony and unity in all religions.

The class studied three books. In the first book, Karen Armstrong’s The Battle for God, A History of Fundamentalism, we read how and why fundamentalist groups came into existence in Judaism, Christianity and Isalm, and what these fundamentalists wanted to accomplish. What was particulary interesting to me was Armstrong’s analysis of the growth of fundamentalism as a resistance to modernity, innovation, and science. She points out that fundamentalism is still very strong with us today.

The second book we read is the classic, His Religion and Hers, by Charlotte Perkins Gilman published in 1923. In her book Gilman critiques organized religion and points out the effects and consequences that a male-constructed religion has on everyday life. She argues the ways a male driven ideology has produced a religion focused on death and discourages any attention to the improvement of life on earth.

The third book we read was Volume IX in the Sufi Message of Hazrat Inayat Khan, The Unity of Religious Ideals. This volume is the focus of the class since it offers a spiritual path of unity to help us appreciate the rich treasures in each of the great religions, Judaism, Christianity and Islam. For me, this approach to the world’s religions and hearing the great voices of each of these Abrahamic faiths give me hope and joy especially in our turbulent times when so often the differences between faiths rather than their similarities are emphasized.