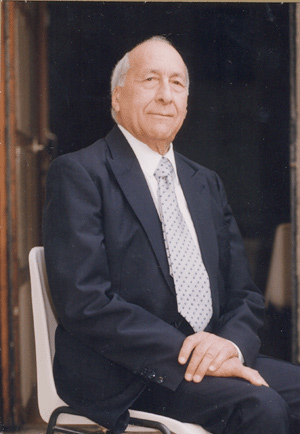 Hidayat’s father was the first Indian musician to introduce Indian classical music to the Western world. Hazrat Inayat Khan settled in London during the First World War, and it was here, in 1917 that Hidayat was born, the third of, ultimately, four children. In 1919, Hazrat Inayat Khan moved with his family to the continent, eventually settling in the Parisian suburb of Suresnes, in a large house which he named Fazal Manzil, ‘blessed home’. In his early years, Hidayat’s life had an extraordinary, almost fairy-tale quality, for he was surrounded by the atmosphere of his remarkable father and most loving mother, and there was a constant stream of visitors coming to their home, drawn by the twin magnets of music and the Sufi Message. Sadly, those magical days ended abruptly when Hazrat Inayat Khan passed away during a visit to India, in 1927, at the age of 45. Hidayat was 10 years old.

Because of his family, Hidayat was cradled in the atmosphere of Eastern music. However, his musical schooling in the West helped orient him toward the symphonic form. His Western musical education started at L’Ecole Normale de Musique in Paris, in the violin class of Mr. Sinsheimer and the composition courses of Nadia Boulanger, as well as training in orchestra conducting given by the great Diran Alexanian. He later joined the string quartet courses given by the world-famous Lener Quartet, which was followed by instruction in orchestra conducting under Toon Verheij in Holland.

During his early years, Hidayat was a professor in the Music School of Dieulefit, Drome, France, and later conducted an orchestra in Haarlem, Holland. Hidayat has written numerous compositions, including a collection of Sufi hymns. He is a founding member of the European Composers’ Union, and his music has frequently been broadcast internationally, as well as being released commercially by Panta Rhei of Holland.

In 1988, Hidayat Inayat-Khan assumed the role of Representative-General of the International Sufi Movement and Pir-o-Murshid of its Inner School. He divided his time between Holland and Germany, and traveled extensively, giving classes and lectures on Sufism. He is now Co-Representative General and Co-President of the Pir-o-Murshid Council and Executive Council of ISM with Murshid Karimbakhsh Witteveen.

While communicating the Divine Music of God’s Presence,
one must aim for a harmonious interpretation of the music,
ensuring that it resounds as beautifully as possible within one’s heart
as a sacred Message of Love: Love human and Divine.
Love is only really experienced
according to the extent of self-effacement;
as it is said, In the heart there is only place for one,
either for the self or for the Beloved.