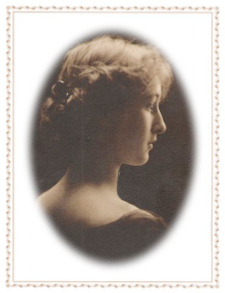 Pirani Amina Begum Ora Ray Inayat-Khan, also called Sharda, was the wife of our Master Hazrat Inayat Khan, the mother of his four children, and his most faithful support through all life’s troubles and storms. At a young age she left home and family in the United States of America and crossed the wide seas to follow her destiny, willingly accepting all the hardships and difficulties that arose from her husband’s divine mission.

The tests that my life was destined to go through were not of a usual character, and were not a small trial for her. A life such as mine, which was wholly devoted to the Cause, and which was more and more involved in the ever growing activities of the Sufi Movement, naturally kept me back from that thought and attention which was due to my home and family.

Most of the time of my life I was obliged to spend out of home, and when at home, I have always been full of activities, and it naturally fell upon her always to welcome guests with a smile under all circumstances. If I had not been helped by her, my life, laden with a heavy responsibility, would have never enabled me to devote myself entirely to the Order as I have. It is by this continual sacrifice that she has shown her devotion to the Cause.

In the week marking the anniversary of her birthday, may all those whose hearts have been touched by the Sufi Message of love, harmony and beauty remember with deepest gratitude and sincere feelings of love the self-sacrificing example of Pirani Amina Begum. 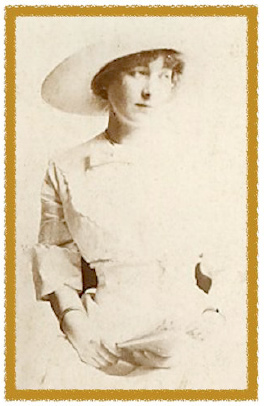 … and she was known as Ameena Begum, and lo!, a most trustworthy queen of an ‘inner call’ she was. Her light blue eyes opened to twilight in Albuquerque, New Mexico on the 8th of May, 1892, and her name was ‘Ora-Ray,’ and lo!, an aura of rays she was.

Bright sunny days had threaded away alike seventeen beads of fairy-tale years, when suddenly those very same shores of her own motherland had stayed for ever ayond; whilst her golden curls became cradled by the winds, as she sailed over the ocean toward the goal of her life, her Daya, her All.

Four little Angels, answering the appeal of her fairy-like dream, were henceforth to be treasured as precious jewels in the ‘Abode of Prayer,’ where the King of her heart would sing:

Happiness be with our little ones;
Right guidance from Above;
I wish good fortune in this home,
And my deepest love.

Once upon a time — as the fairy tale goes on telling — passersby would pay homage to the ‘Home,’ the shrine of love, harmony and beauty, where celestial music vibrated in the hearts of those who awakened to the blessings of the Spirit of Guidance.

Here again she was seen, offering her Devoted Mission to the Altar of Self-Sacrifice, at every instant of daily turmoil. Soon came the day when the sky grew pale and grey, and the ‘Call of Return’ had carried away all happy days, leaving behind naught but grief and tears. And the voice within her broken heart would resound each day and night and say: Be not anxious, my Sharda. On his service I must go. Though parting is hard to bear, but it’s God who wants it so.

“I shall be no more” she said, and lo! she was no more but skin and bone. Her soul would weep aloud:

O Death, come take me by the hand…
Then lay me at Beloved’s feet,
And with the dust my form secrete —
There let me rest.

Then again and again, at Duty’s plea she would toil from morn till eve, caring for her ‘Rubies Four,’ with only the shadow of the moon to hold aside her pain.

Who could ever know how close she came to the sanctuary of the very God-Ideal where only those can be whose hearts are shining with light?

She died in Paris in May 1949, but the Inner Call of her “Rosary of a Hundred Beads” shall live and live for evermore.

In deepest homage to ‘Amma,’ my ‘Graceful Mother.’